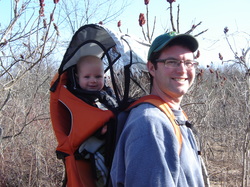 As a retired Competitive Curler, Jason started playing crokinole in 2007.  The similarities between the two games enabled Jason to grasp the concepts and strategy of crokinole very quickly.  This has created yet another fierce Eastern Ontario competitor.  Jason is most impressed by Brian Cook’s focus and preparation skills.  As far as opponents go, Jason’s wife and Dave Brown always get his attention.  When playing your wife, win or lose, you never really win and Dave Brown seems to have Jason’s number every game they play.